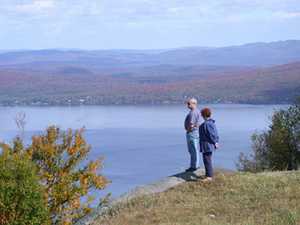 Come breathe the fresh air right at Montréal's doorstep-in the Lanaudière region! Adventures abound in this rural area along the St. Lawrence River (in the southern region), on its country roads, and in its wilderness (further to the north). Almost everywhere, you can find trails for hikers, cyclists, skiers, in-line skaters, ATV enthusiasts and snowmobilers. Nestled in the rural countryside, the towns vibrate to the rhythm of cultural and sporting events, including the Festival international de Lanaudière, the most prestigious classical music festival in Canada. Gourmets and gourmands can indulge in the regional specialties of the Lanaudière, one of the oldest agricultural regions in Québec. 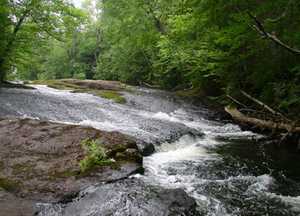 Green spaces abound in the Lanaudière! The 103 islands of the Lac Saint-Pierre archipelago make up the UNESCO Lac Saint-Pierre Biosphere Reserve which, in addition to being the largest waterfowl staging area in North America, provides sanctuary to 288 species of birds every year. The Parc régional des Chutes-Monte-à-Peine-et-des-Dalles, the Parc des Cascades, Parc des Chutes-Dorwin, and the Parc national du Mont-Tremblant, the largest protected area in Québec, offer spectacular settings for strolls, picnics and a range of other activities. To discover a northern landscape and flora not usually found at this latitude, visit the Réserve écologique des Tourbières-de-Lanoraie!

A land of art and history 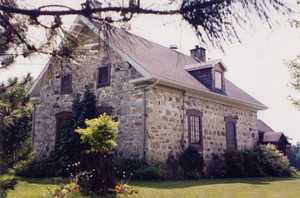 Numerous historic sites and museums bear witness to the rich history of the Lanaudière region. The l'Île-des-Moulins historic site, in Terrebonne, features five restored historic buildings, including three mills, a seigneurial office and a bakery dating from the XIXth century. At the Sir Wilfrid Laurier National Historic Site, you can explore the birthplace of the man who served as Canada's prime minister in the early XXth century. At the Musée d'art in Joliette, you can take in an impressive collection of artwork from the XIIIth century to present day, including an exhibition on Canadian painters from the XIXth and XXth centuries. At the Musée Gilles-Villeneuve, you will learn the secrets of Formula 1 racing and Québec drivers, while at the Musée Halte Louis-Cyr, in Saint-Jean-de-Matha, you will be awed by the exploits of Louis Cyr, at one time the world's strongest man!

Recognized as one of the most prestigious classical music events in North America, this festival boasts the participation of nationally and internationally renowned soloists. The concerts and recitals are held at the Amphitheatre of Lanaudière, located in Joliette, as well as in churches throughout the region.